Ultra-Wide Band has been a kind of “Cinderella” technology for some time – attractive in many ways, but not really invited to the technological party. Or perhaps the classic “solution in search of a problem”. This article will look at Ultra-Wide Band technology (UWB), what it has been used for, why it hasn’t really become mainstream yet and why this might change soon.

As the name suggests, as a transmission method, ultra-wide band involves transmitting over a rather large bandwidth. In quantitative terms, the currently accepted definition by the FCC and ITU is a bandwidth of 500Mhz or at least 20% of the centre carrier frequency, whichever of these is smaller. If one compares UWB with Bluetooth where applying the above 20% rule would give you around 500Mhz anyway, each channel is in fact only 1 or 2Mhz wide. WiFi channels, operating at a similar frequency are 20MHz or 40 MHz wide. Thus, there is a difference of at least an order of magnitude in the channel widths.

This leads to important differences between UWB and more conventional radio transmission methods. The first is that UWB systems can transmit at a lower power level (as defined by spectral density, i.e. power transmitted in each MHz of band) than narrow band radio. Indeed they are transmitting at levels close to the noise floor.

The second is that it is possible to use different types of data encoding. Narrow band systems typically use frequency keying, varying frequency around a central value, amplitude modification or Orthogonal Frequency Division Multiplexing (“OFDM”). The wide bandwidth of UWB allows very short pulses (nanosecond), which allows pulse position or time modulation – essentially the presence (or not) of a pulse defines a bit of information. More complex Orthogonal Frequency Division Multiplexing (OFDM) schemes are also possible. This in turn allows potentially very high data rate transmission

The final point is that the sharp pulses, as defined above, transmitted by UWB make it possible to measure accurately the time of arrival of a pulse, more precisely than most competing technologies. One can say that the pulse width (duration) of a pulse is approximately 1/Bandwidth, which works out to 2000 ps. If the time of departure and arrival are fixed, then the distance travelled can be determined.

To quantify, using the speed of light at 3 x 10**8 m/s, one can simply calculate that 1m of travel of a pulse takes 3.3nS, or alternatively, to achieve 1cm accuracy, a timing accuracy of 33ps would be required. Thus, the accuracy of any such distance measurement depends on how well the pulse edge can be consistently determined.

In practice, time measurements are made using specific pulse trains, and the accuracy achieved is typically around 200 ps or 5cm. The limiting factors are the accuracy with which these pulse trains can be determined and the clocking inside the device.

To make a real-world distance or position measurement, there are two main approaches – two-way ranging or Time Difference of Arrival (TDoA). Two-way ranging simply measures the “round trip” time between two devices to get a linear distance. TDoA measures the difference in arrival time of a pulse from the Tag (device to be located) and multiple Anchors (receivers at a known location) and infers a 3-D position from this. This is similar to an indoor GPS, only with the signal going in the opposite direction.

So, given all these possibilities, why isn’t UWB technology already ubiquitous? The answer to this lies in the practical issues in implementing solutions.

For data transmission, whilst quite high data rates are possible, the issue is that the signal is sensitive to obstructions. So in practice a line-of-sight connection is required. This is a major disadvantage compared to, say WiFi. For a period UWB was proposed as a high-speed data transmission technology, but this drawback was a major issue, and the weight of investment shifted to WiFi.

Power consumption has also been an issue. A wideband transmitter/receiver tends to consume significant power. Whilst for mains powered systems this is not an issue, it becomes problematic for any battery powered devices. So if battery powered devices are envisaged as part of the ecosystem, UWB may not be the best solution.

For positioning technologies, UWB does have standout characteristics, as mentioned above, where there are few obvious competitors. The main barrier to adoption here has been practical. Putting in place a positioning system is not straightforward as it requires a custom infrastructure. A TDoA system requires multiple Anchors with highly synchronised clocks. Then it is necessary to gather data from all the Anchors and sort and combine it in a central system. Installing a UWB system over a large area such as a warehouse is a complex undertaking. Two-way ranging is simpler but increases the power consumption by an order of magnitude and can cause other issues in a large system.

A further barrier has been the lack of standards across the industry and the presence of well-known suppliers. Up until recently, the market has been served only by startup companies offering proprietary solutions and little interoperability. This clearly made all but the most technologically adventurous hesitant to make major investments, as it would be easy to end up with a “stranded” asset due to having chosen the wrong standard and/or the wrong supplier. Relatively low volumes also led to the technology being relatively expensive.

Shifts in the market.

Recently, there have been significant changes in the market in several areas including application demand, market players, standardisation and technical progress. Dealing with these in turn, one major driver of interest in the market is keyless entry systems. Keyless entry solutions or more correctly, wireless key solutions, have been a feature for some time in the automotive market. Unfortunately these have proved highly insecure. UWB – by ensuring the electronic key is truly close to vehicle – is resilient against the most common hacks (“Relay Attacks”) and requires much more sophisticated approaches to break the security.

Driven in part by this, UWB capability has started to appear on phones. Many in the industry believe physical keys will ultimately become redundant or simply backup devices, and phones will become the dominant device to act as a key. This applies not only to cars, but potentially also for domestic use. High-end  devices from Apple (iPhone 11 and above), Samsung (S21+/Ultra and above) and others from Google and Xiaomi already have UWB capability. Apple’s next generation “Air Tags” use UWB for positioning.

This would not get us far if we still had a cluster of incompatible standards. Fortunately, the FiRa (Fine Ranging) consortium has been formed to drive standards, with all the above-mentioned phone manufacturers and key chip makers including Qorvo, NXP, Qualcomm, and others.

The presence of large semiconductor players in the market is another crucial development. Decawave, the most established chip startup company, was bought by Qorvo, and NXP have launched their own device. Apple have designed their own chip, and all of these conform to FiRa standards. The risk associated with proprietary technology has therefore largely disappeared.

Semiconductors are largely a volume business – large overheads in development see to that – so increased demand and interest drives technological development. The latest generation of devices has much improved performance, particularly in the area of power consumption, making battery powered devices realistic. Miniature combined UWB/BLE modules such as that from Insight SIP allow further power savings by the intelligent use of the two radios.

Real time positioning solutions using TDoA will remain the most challenging application for the reasons mentioned above, and will take longer to become mainstream. Nevertheless all the above factors will combine to lower resistance to investing in such technology. We have seen with other emerging standards such as BLE that initial projects are simple but become increasingly complex over time.

UWB has long been an interesting technology with some unique characteristics. There have been significant barriers to it being widely adopted in the past. However, one by one, these barriers are being knocked down. Secure entry offers a relatively simple application where UWB adds significant value. The presence of UWB chips on phones offers a potential market for device makers (recall how BLE capability on phones arriving from 2011 onwards drove development of that market). Increased demand for devices will inevitably push up performance and cost downwards. As the technology becomes established and more widely known, implementing more complex solutions such as real time positioning will be more straightforward.

Technological predictions are never certain. What one can say is the most obvious constraints on UWB adoption are fading. The outlook has never been better. 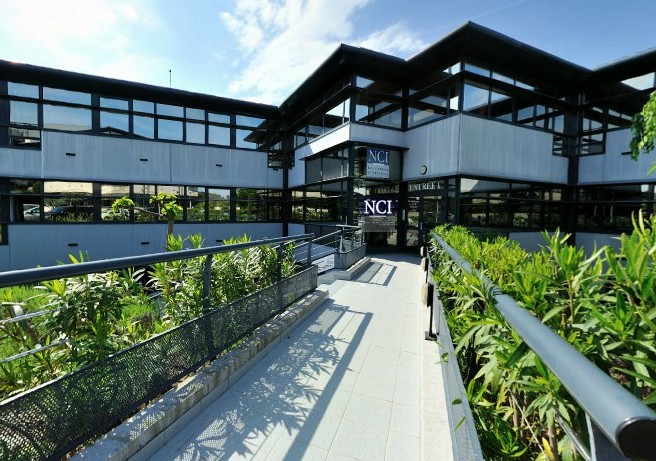